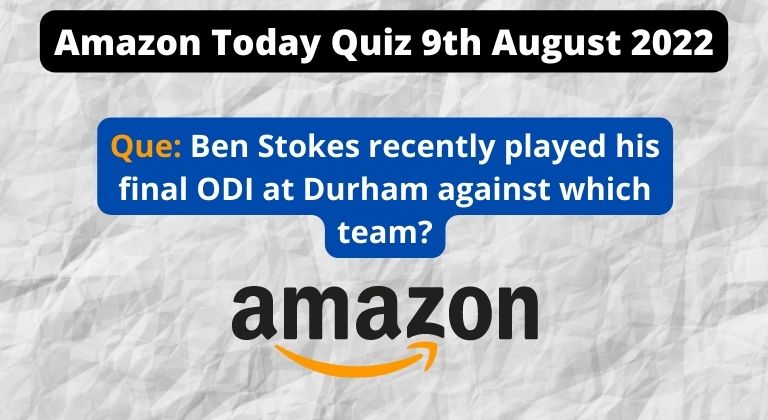 Recently England cricket player Ben Stokes has said goodbye to ODI cricket. This related question was asked in Amazon Quiz Time 9th August 2022. That question is- “Ben Stokes recently played his final ODI at Durham against which team?” We are going to tell you the correct answer to this question through this article.

Question: Ben Stokes recently played his final ODI at Durham against which team?

Explanation: England all rounder cricket player Ben Stokes played his 105th and last ODI cricket match against South Africa at his home ground Durham. After his last batting, all the players and fans in the stadium gave him a standing ovation. Talking about his ODI career, he scored 2919 runs in his 105 ODI matches, which included 3 centuries and took 74 wickets. Ben Stokes made his debut ODI in 2011 with Ireland.